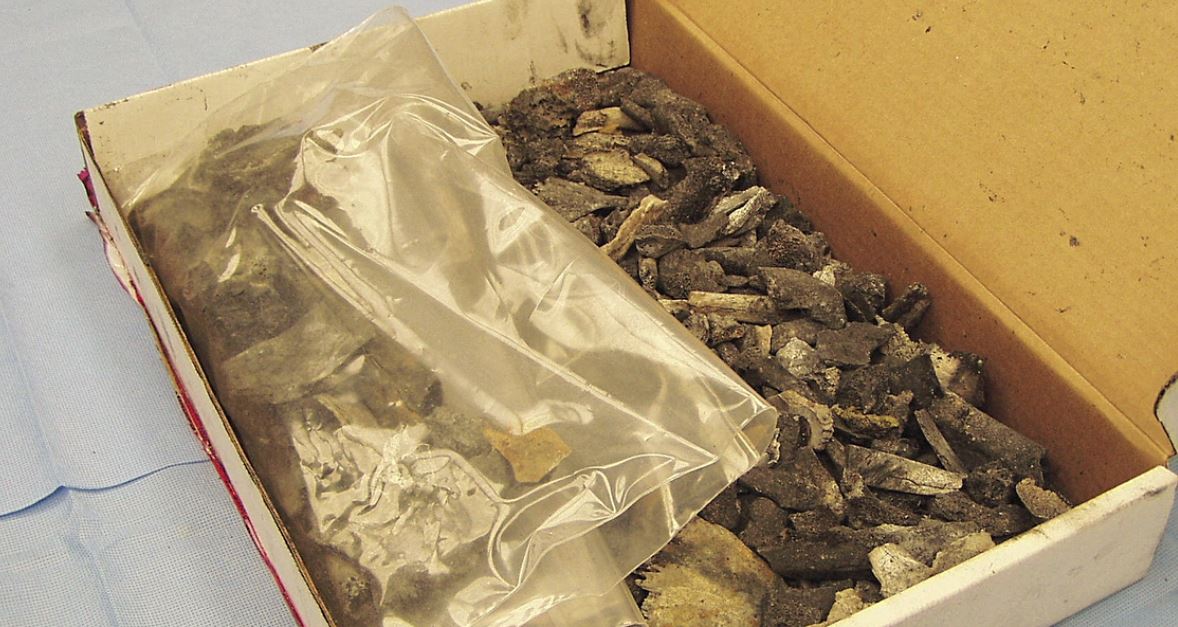 Thanks, Global News for sharing my blog article on your site!

Making a Murderer subject Steven Avery may have even more hope for freedom after new research, conducted by Stop Wrongful Convictions campaigner and author Lynne Blanchard, has seen the light of day.

Blanchard points out a seemingly obvious fact: that people are taking for granted that the bone fragments discovered in Avery’s outdoor fire pit are those of murdered photographer Teresa Halbach.

Netflix’s Making a Murderer is a 10-part documentary series that follows the case of 53-year-old Wisconsin native Avery. He is serving a life sentence (without the possibility for parole) for the murder of Halbach and illegally possessing a firearm. Avery  had previously been jailed for 18 years for a sexual assault in 1985, but was exonerated in that case by DNA evidence in 2003.

Two years later, Avery brought a US$36-million lawsuit against Manitowoc County, Wis., for the wrongful conviction. Making a Murderer calls into question the investigation and trial that put Avery and his nephew, Brendan Dassey, behind bars in the Halbach killing. The program alleges that the investigators and police planted evidence and otherwise manipulated the outcome of the trial.

In a blog post, Blanchard outlines why she doubts the bone-fragment analysis, and questions how the authorities knew they were Halbach’s.

“Obviously it appears to be very incriminating, but what is going on with this evidence?” she writes. “Why weren’t protocols followed? No coroner, forensic anthropologist, arson investigator or photographer was called to the scene when the evidence was discovered. They had all of these high paid experts at their disposal and didn’t call on them until after the evidence had been shoveled up and taken to the sheriff’s office.”

“The DNA evidence described above is not conclusive,” she continues. “How is it even possible for tissue to survive a fire that disintegrated 60% of the bone mass? The teeth which are commonly used to identify a body because they outlast bone didn’t even survive the fire.”

According to Blanchard, lab analyst Sherry Culhane issued a report in December 2005, stating that a partial profile was retrieved from charred tissue, and that seven of 16 markers matched Halbach’s profile.

Blanchard says the absence of a chain of custody of the bones is critical because it could have rendered the fragments inadmissible, especially considering all the accusations of police cover-ups and bias.

“They brought in the state officials right away to ensure that everything would be properly handled,” writes Blanchard. “Who dropped the ball? It is very suspicious given everything else that happened in this case. Since the scene wasn’t documented, there is no proof that any bones were ever on the Avery property.”

“As well, the Manitowoc County coroner was forbidden from entering the scene and none of the forensic experts were summoned until after the bones had been removed,” she continues. “We are to simply accept the word of the state witnesses who claimed to see the bones.”

The blogger, who claims she’s been poring over Avery legal transcripts and documents online, asserts that prosecution lawyer Ken Kratz and analyst Culhane were colluding to frame Avery.

Amberlea1879 says the FBI did not confirm that the tested bone fragments belonged to Teresa Halbach, and that Culhane was sent only “charred material.”

On Jan. 20, 2006, Calumet County Sheriff Jerry Pagel released a statement to the media that confirmed the FBI matched the fragments found in the fire pit to Halbach. Shortly after, on Feb. 7, Kratz sent an email to Culhane reiterating that statement.

The new information put forward to Zellner suggests that the analyzed material is, in fact, a general mitochondrial DNA match connected to a relative of Halbach’s mother, and not the actual bones of Halbach herself.

All of these new findings suggest that evidence could easily have been tampered with, giving Avery and Zellner more opportunities to prove his innocence.

Zellner has been publicly announcing her discoveries on Twitter as the evidence-gathering continues. She recently told Dateline NBC that she has found evidence that proves Avery innocent.

Over 400,000 people have signed online petitions to see Avery freed or pardoned.

I research and write about questionable cases, unfair trials, police misconduct, wrongful convictions and exonerations. View all posts by Lynne